A pasteuriser, centrifuge or clear beer filter are not being used at brewery Dilewyns. As we do not filter the beer, all natural and healthy elements stay within the bottle. As we do not pasteurise the beer, Vicaris is a living product with an evolving flavour. It is up to you to discover when your Vicaris is at its best!

Everything that you pour into your glass has been brewed with utmost care, hygiene, passion and craftsmanship. From raw materials to a refreshing specialty beer… pure, authentic, familial.

Meanwhile, brewery Dilewyns continues to work towards the future by initiating new projects, developing new products and expanding its production capacity. Quality and service are and remain central.

Throughout the years, the Vicaris team has been reinforced by a second brewing engineer, a sales representative and an administrative employee, who all work under the management of Claire and Vincent Dilewyns.

Pure, authentic, familial… the values of our brewery. 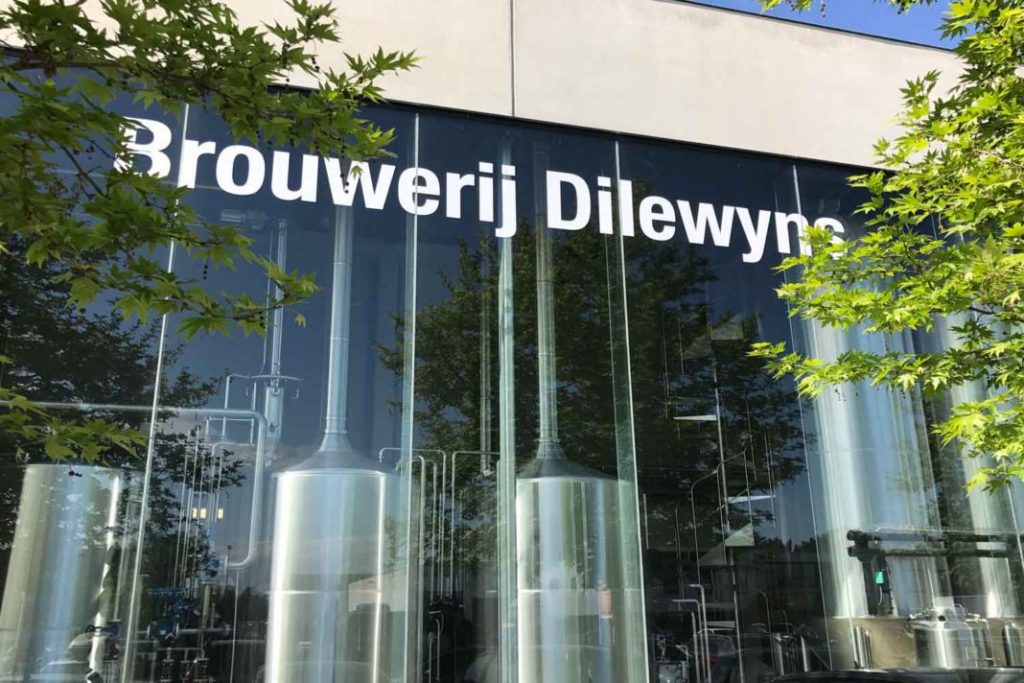 In March 2010, a new piece of history was written that laid the foundation for the future. We bought a property on the industrial estate in Dendermonde. After a year of much sweat and hard work to reconvert the property into a first-class brewery, we were able to make our first brew in the new installations in February 2011: Quinto was introduced as a festive beer for the opening of our new brewery.

From that moment on, sisters Anne-Catherine and Claire, together with their father and team, could take on the challenge and make the transition from beer merchant to independent family brewery. 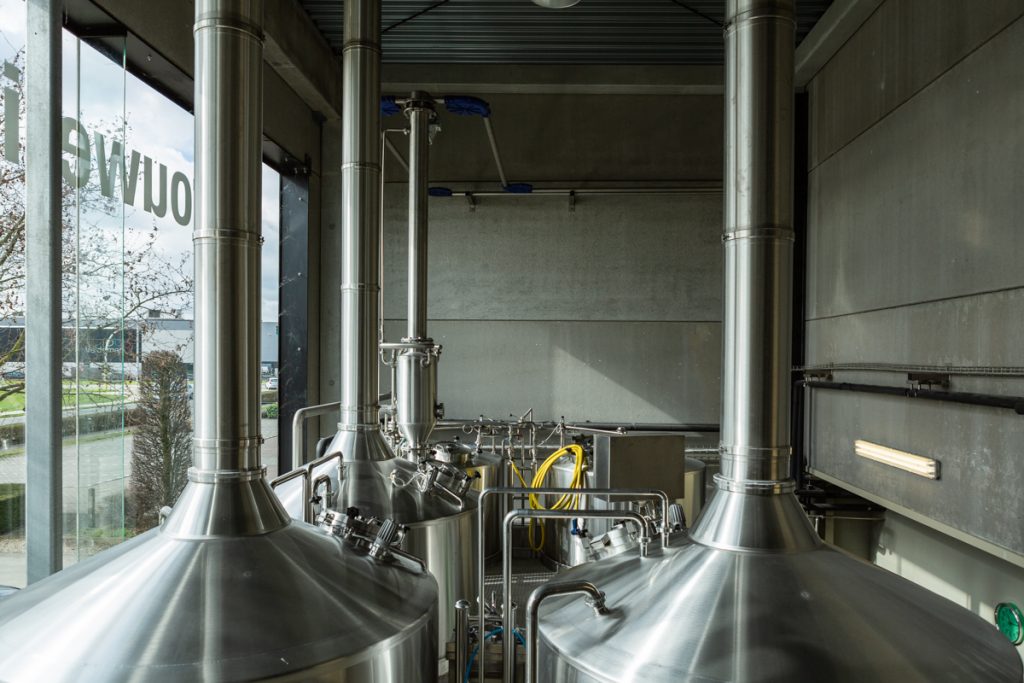 At first, we did not have the intention to sell the home-brewed beers of Vincent, they were meant for personal use only. When the heritage society of Grembergen asked to be allowed to serve Vicaris during their exhibition highlighting the brewing history of Grembergen, Vincent went with his recipe to the Proefbrouwerij to have the Vicaris beers brewed under a license. The crates of beer that were still remaining after the reception were sold to interested villagers and acquaintances.

As such, Vincent revived the rich beer history of Grembergen which at that time appeared having been lost forever.

Some of the remaining beer crates ended up with beer association Zythos. This resulted in an invitation to the Dilewyns family to join the Zythos beer festival in Sint-Niklaas in 2006, where its beers won the hearts of the consumer, with the Vicaris Triple winning the Consumer Trophy. In 2007, at the same festival, the Vicardin ended first and the Vicaris Triple second. Finally, the beer was also awarded with the ‘Golden Glass’ of Zwevegem. All this appreciation and awards set the ball rolling. 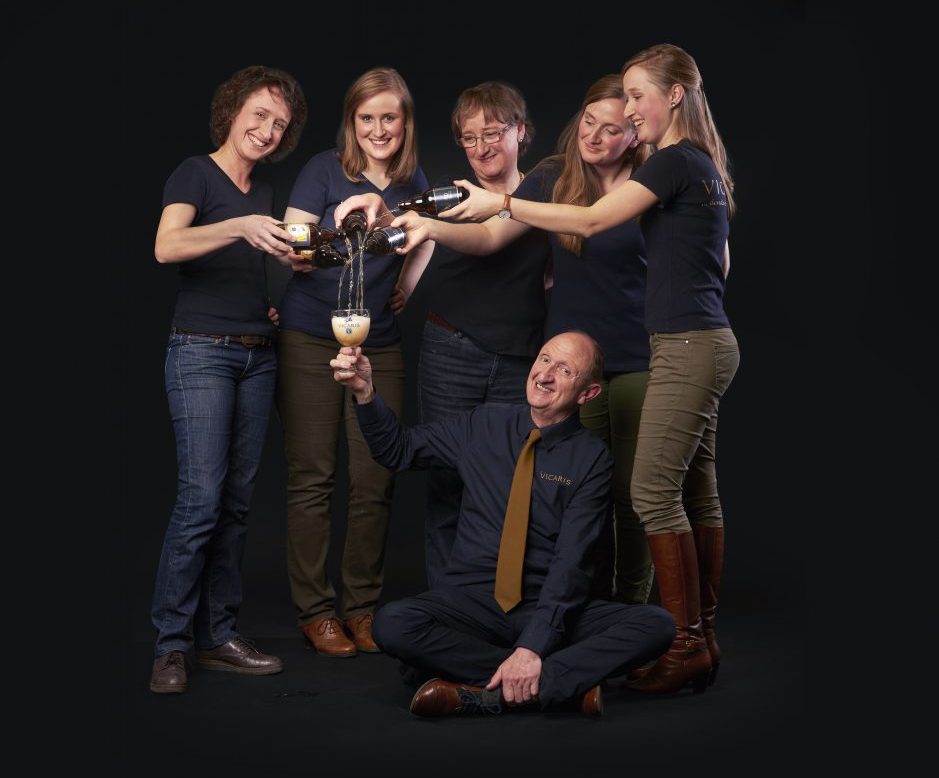 From dental technician to hobby brewer

Vincent Dilewyns is the founder of Brewery Dilewyns. As a descendant from a brewer’s family, brewing is in his blood. After having followed the right courses and having purchased the necessary equipment and raw materials, he could start brewing. His first beer was brewed on 11 December 1999.

The many experiments with various yeasts, malts and hops resulted pretty quickly in a brilliant result. First, the Vicaris Triple was brought to perfection, then came the Vicaris Generaal. 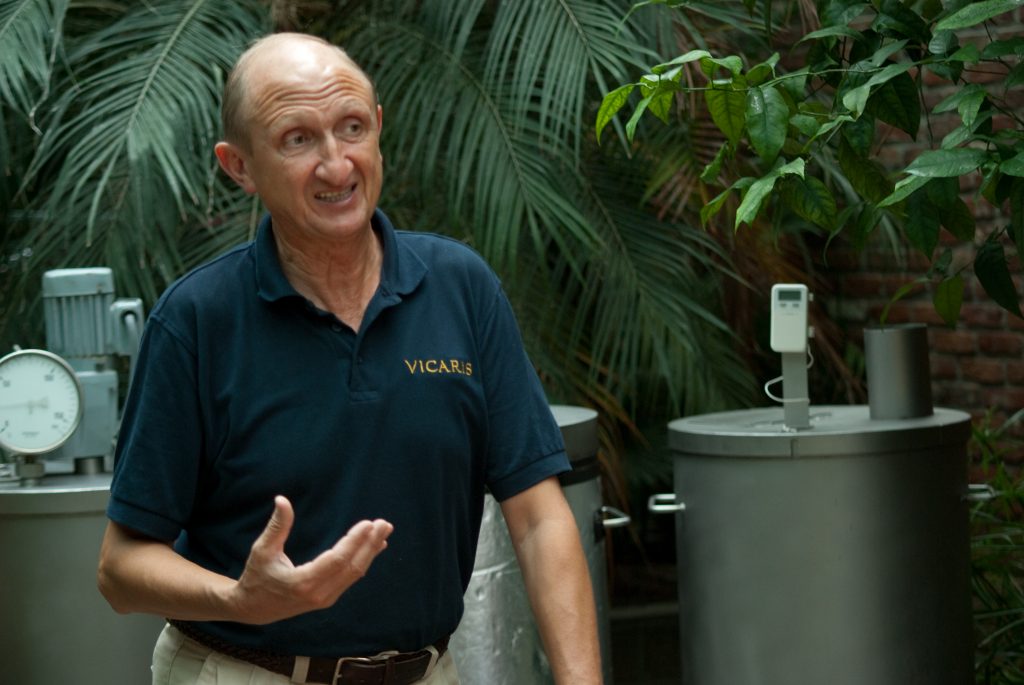 How it all started…

Anne-Coleta Wauman with her children in about 1885 in the gardens of Grembergen (left to right: Josephine, Florent, Prosper, Octaaf and Gabrielle de Waepenaert and, sitting, Caroline en Constance de Waepenaert).

The oil mill in Grembergen (Dendermonde) was converted into a beer brewery by Anne-Coleta Wauman (seated in the middle), wife of Knight Raymond de Waepenaert (+1873).

During both world wars, the copper kettles were confiscated to make ammunition, which brought an abrupt end to this rich brewery history. 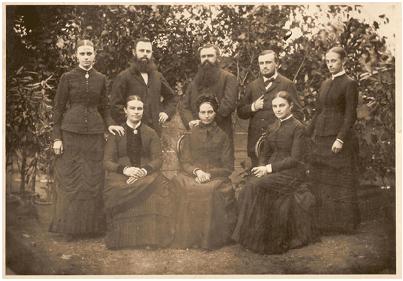